Confirm Action
Are you sure you want to delete the record?
Delete
JobCirc

Read on for posts including news and updates from JobCirc

Changes to Look Out For in the New Sex Discrimination Guidelines

Guidelines on sex discrimination were last notably updates in 1970, and a lot has changed in the workplace in those 40-plus years. Today, the nature and extent to which women participate in the workforce is substantially different, not to mention huge changes in case law. The OFCCP recognized that new regulations were needed to address the realities of today’s diverse workforce, and to properly align contractor responsibilities with current law.

Here are the main ways the sex discrimination law is being updated:

1) It expands the definition of sex

To better clarify what constitutes discriminatory compensation, the updated rule adopts the Lilly Ledbetter Fair Pay Act of 2009 which revises the statute of limitations as to compensation claims. The regulations noticeably focus on the meaning of “similarly situated employees” to rule that federal contractors can’t pay different compensation to similarly situated employees on the basis of sex. The final rule clarifies that tasks performed, skills, effort, level of responsibility, working conditions, job difficulty, minimum qualification and more can be used to determine situational similarity among men and women in the workplace.

The updated rule incorporates the 1978 Pregnancy Discrimination Act amendment to Title VII. Specifically, the rule prohibits contractors from discrimination on the basis of pregnancy, childbirth, or related medical conditions and requires them to “treat people of childbearing capacity and those affected by pregnancy childbirth, or related medical conditions the same for all employment-related purposes, including receipt of benefits under fringe-benefit programs, as other person not so affected, but similar in their ability or inability to work.”

While the final rule is a bit hazy in that it doesn’t specify whether pregnant women need to be considered for affirmative action programs, it does specify that it is illegal to refuse to hire pregnant workers and it requires federal contractors to provide necessary accommodations to pregnant women in the workplace, at least to the extent that such accommodations would be provided for other workers with impairments. Examples of such accommodations include extra bathroom breaks, light-duty assignments, or alternative tasks. Once again, under the final rule, women are entitled to these accommodations in the event of pregnancy, childbirth, or related medical conditions.

Under the updated rule, adverse treatment of employees based on failure to conform to gender norms and expectations about attire, appearance, or behavior is considered illegal sex discrimination. Additionally, the rule designates sex stereotyping as unlawful discrimination. For example, it cannot be enforced that an employee dress a certain way based on assumptions that they identify as male or female. The final rule also requires federal contractors to allow workers to use bathrooms, changing rooms, showers, and other facilities consistent with their gender identity.

For more information, you can read the regulations here, or check out this fact sheet and frequently asked questions guide on the OFCCP website. 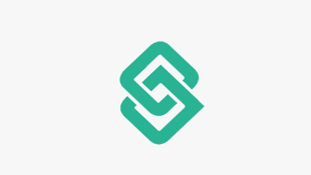 The ABCs of Recruitment in Compliance with OFCCP Rules

Tips for Accomodating IWDs as a Federal Contractor